At SeaWorld Orlando a spectacular restaurant where you sit and watch several species of Sharks including Sandbar sharks, Atlantic Blacktip sharks and Nurse sharks plus dozens of fish species swimming by as you dine 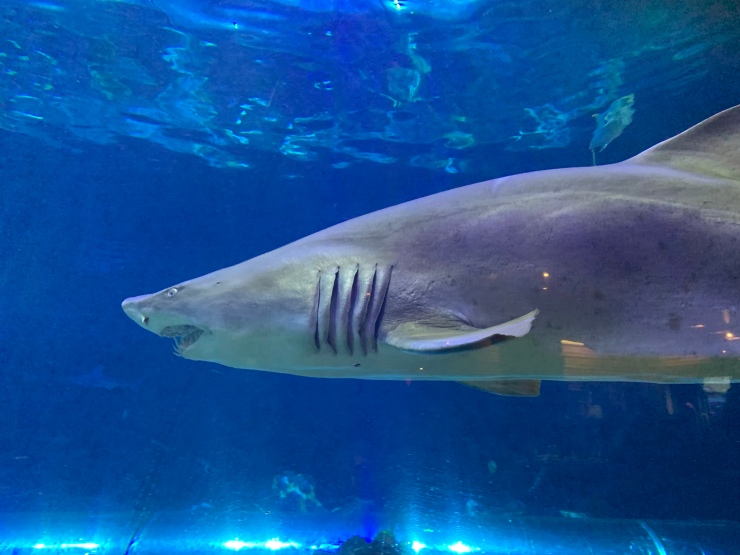 How big is the aquarium?

Imagine an average sized swimming pool. Now picture 70 of them. That’s about the same amount of water found in this tank

Sending out an S.O.S (Save Our Sharks